I often tell people that my little arm is the least of my disabilities. Though, in an odd move of irony on God’s part, it is usually 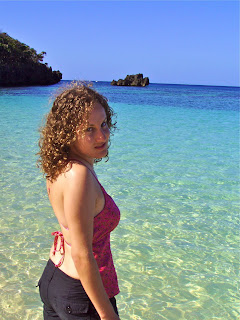 the most obvious. It is also the original. But I feel we’ve now come to a level of intimacy in this relationship, that I can introduce you to handicap #2.

My spine was fine until I embarked on that wonderful and joy-filled journey called puberty, and then it decided to leave the straight path and get a little crazy. I was twelve when the school nurse told me I had scoliosis, and over the next year or so, the curves in my spine progressed to 20˚, 43˚, and 18˚ from top to bottom. While all the girls were getting a little more curvy, I became a reverse hourglass, structurally speaking.
“You have to have surgery, and it’s gonna hurt like hell,” a surgeon told me. They wanted to break my spine, fuse it back together with bone taken from my hips, then hold it in place with metal rods and screws. “Will I be able to do somersaults?,” I asked. “No, you’ll be able to bend at the waist, but that’s about it,” they said. I was devastated. I still remember walking outside after that first consultation, noting the jarring contrast between a bright sunny day and the darkness settling into my soul.
Though we scheduled the surgery, the day never came because I began instead a series of alternative treatments and gyrations ranging from experimental 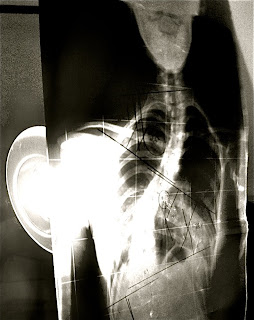 to truly bizarre. I spent three years wearing a brace for 18 hours a day that was supposed to squeeze my spine back into place, like dental braces; and spent the remaining six hours in various therapies including electrical muscle stimulation. I saw doctors and chiropractors and therapists all across the country. When I went in for X-ray evaluations, I’d sit in the always slightly chilly examination room waiting for the doctor, looking at my incandescent spine hanging on the wall with embarrassment. Like a kid called into the principal’s office, I dreaded the words that I knew would come: “Wow. Yeah, you have quite the curve here. Why haven’t you had surgery?”
And so it went. Some of the constant pain eased in my early 20s, but the fatigue and general lack of structural support dogged me. Good posture was a distant fantasy. I lusted after the sleek, balanced flow of torsos in nude paintings. My spine didn’t get better, but it didn’t seem to be getting worse. Eventually I stopped wearing the brace and went to college.

A few years ago, I found the brace at the back of my closet; I’d held onto it just in case. For what? I thought. And so I threw it out. Unexpectedly, something cleared in my soul, and I suddenly felt the weight of my years of imprisonment in full force: long hot days sticking to the brace with my sweaty undershirt, the helpless claustrophobia of knowing I had five hours to go before a brief freedom, then evening lockdown when one of my parents cinched me in and I went to bed with aching muscles, wrapped in a hard plastic cylinder. It all came back, blindsiding my consciousness. I started crying in heaving, unseemly outbursts.

This week, I went in for a spinal evaluation with a doctor I’d never seen. Having been a scoliosis delinquent bucking the system for nearly 20 years, I was suddenly twelve again, expecting a lecture about the bright prospects of a future without fusion: increasing curvature, compromised lungs, side effects of pregnancy, and heart failure. In my mind, I was slowly becoming Quasimodo with one arm.
I sat on the exam table, wrapped in a balloon of hospital gown. New development: they now give you shorts to wear as well. The bad news: the shorts are also made to fit a 400 lb. man. I felt defeated; now entering my thirties, I prepared myself to agree with the 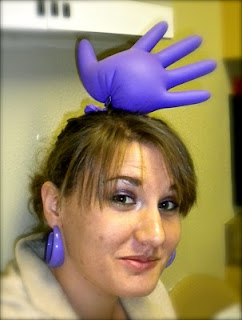 recommendation I knew would come. Little Gen waited in the chair next to me, an inflated purple latex glove pinned to the top of her head like a rooster comb; anything to lighten the mood.

First came fifth-year-resident, Dr. Cute-as-a-Boy-Scout, and appearing about that age. He looked at the X-rays, he looked at my back, he looked at Little Gen’s purple plume, and then he said,

"Where is your arm?"

It took me a few seconds to locate Finneas beneath layers of gown. Then he continued...
“There are two basic reasons for this surgery, to stop progression and to intervene in cases of very limited functionality, neither of which do you qualify for. I wouldn’t recommend surgery for you.”

“Come again?” I said.
“Your curve is not likely to progress and you are extremely functional.” Seeing my disbelief, he looked back at my chart, raising his brows and shaking his head, “You are...amazing.”

The second doctor’s prognosis was the same: no surgery, though I continued to ask the same questions two and three times, certain that I was missing something. “You’ve got a sassy curve,” the surgeon said, “now get out there and enjoy life!”

Gathering up my bundle of skeleton pictures, we left the office. A weight was lifted I'd borne for 18 years. I was almost giddy.

Bringing my own skeleton out of the closet this week, I’m reminded of all the people around here talking about dressing up for Halloween. The scary thing is, most of these people are adults. When I was a kid, we went trick-or-treating with our neighbors Rose, Ben, and Rachel [who’s lovely blog you can find here: Mañana Mama], though it was more like trick-or-surprising, since our country neighbors, rarely expecting to be found by candy-seeking children, filled our open bags with unique treats like pop-tarts.

One year, a woman was so delighted to see us, she bubbled on and on about the authenticity of our costumes; looking at me she squealed: “And this one’s even missing an arm!” I decided to just roll with it. 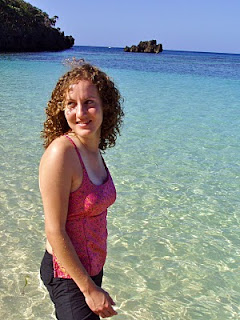 But I’m not inclined to dress up this year. Oddity is daily life for me, and now that I have permission, I’m just starting to enjoy being myself.