I don’t want to write about this. It goes against my instincts of self-preservation and privacy. But I should have considered that before I started this blog, which is nothing if not honest. 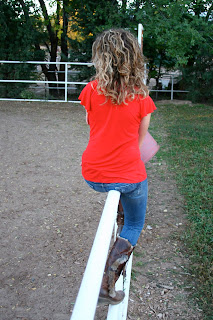 I recently experienced a heart-bruising, from which, I am finding, I am still recovering. This hurt in love was as much my fault as his, if not more so, but hurt it is nonetheless. It’s left me tender, wanting to listen only to classic rock, a now familiar sign that I am trying to feel less vulnerable.
And so, you may well understand why this was not a good week to stumble on a soft-porn site and find pictures of myself, the one-armed girl, posted thereon. Not only were pictures skimmed from my blog, but comments were left, one particularly disrespectful, and another stating that I am currently “looking for a boyfriend”–something of which I was unaware.
Unfortunately this is not the first time I’ve found my particular handicap pop up in a search along with sexually degrading web sites–I’d recommend you not try this type of web browsing at home–But I’ve never actually found myself on one of those sites. I guess I’d be flattered if I hadn’t felt so disgraced and upset. I actually felt shame for “contributing” to the objectification of women and handicaps. And this on the heels of writing about freak shows-apparently, objectification doesn't discriminate. And I'm a freak?
Now I have a few things on my mind; don’t worry, they don’t involve cutting off any part of the male anatomy.
I would like to particularly address any visitors of the aforementioned site who are directed to TheOneArmGirl.com thanks to the poster conveniently leaving my blog address in the post.
A) Welcome. I'm glad you're here, and not there.
B) You may be disappointed because this site is about empowering, not degrading, people with handicaps (of which, incidentally, you fall well-within the demographic).
And...
C) I feel sorry for you. Not sorry like I want to hit you over the head with a tire iron–that was yesterday. Today I feel sad for you, and all men (or women), who are believing a lie because of two-dimensional, photoshopped spreads. Thinking this is sexual gratification, you are missing out on the superior gratification of loving a real woman. Expecting the same thing from a woman that you get from a replication is like expecting gourmet to taste like fast food. It’s time to raise your expectations. 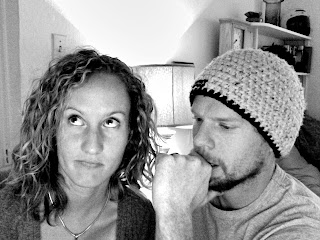 Loving a real woman is hard, yes-as Meredith Brooks puts so appropriately: “I’m a bitch, I’m a lover, I’m a child, I’m a mother...” Couldn’t have said it better, I think to myself, shoveling manure as the song plays through the barn. I’m sure it was appreciated by both male horses as they munched their hay–we won’t talk about what happened to their male parts.
But since when does difficult mean time to back down?
----------------------
But I have some good news. Not coincidentally, I ran into two real men this week.
On Saturday night, I went to dinner with one of the kindest guys I’ve ever met. He ordered more sushi for us than I could dream of eating at one sitting, and asked the sort of questions that I giggle with delight to answer–none of which included ‘What’s your sign?’ or ‘Favorite movie?'
I also received an email from an admiring fan–No, not my mother. We’ll call him Guy, he’s new to OneArmGirl, and I’ve never met him. As if it weren’t flattering enough that Guy’s read every post I’ve written since I started blogging, he called me “enchanting” and said I “write with a hint of the sort of charming understatement, even self-deprecation” which he generally identifies with British writers. Could I hope for a better compliment? So much for self-deprecation. It doesn’t count against me if I’m quoting someone else, does it?
But Guy’s email wasn’t superficial flattery. Having “seen” me only on a computer monitor, Guy recognized real things about me–things certainly influenced by my handicaps, but none directly related. He made me feel real, parts aside.
Real women have curves?–Even porn peddlers can join that bandwagon. No, real women are more than arms or lips or toes–or the absence thereof.

"This may mean you'll have to be a stronger man."
Using my pictures for cheap gratification is your loss. Real women have more than two dimensions. We live in 3D. You might want to put on your glasses for the full experience.
OneArmGirl
Posted by OneArmGirl at 7:41 AM 6 comments: