as the world turns, slowly

It was March, and the small town in Pennsylvania was gray and cold. The clinic was back a country road in the forest with a small guest house for half in, half out patients. I shared a bedroom with my mother, who came along for moral and gastronomic support.

Dr. N. was not much older than me. He sat behind a huge wooden desk in an office he'd inherited from his predecessor, the founder of the clinic. It seemed like the sort of office one might be called into to see the headmaster of an old money boarding school. I was called in because I was failing the school of hard knocks.

My tests confirmed the prognosis. Dr. N. explained that my body was suffering the effects of debilitating stress. Stress activates the fight or flight response, he said, which is essential to survival--it makes the zebra run from a lion--but it's meant to be short-lived because your body can only produce so much adrenaline. My body had gotten stuck in fight or flight. There was a lion around every corner and my adrenal glands were doing overtime.

I hadn't burn out yet, but I was well on my way to exhaustion. Healing would be long and slow, Dr. N. said, and my condition would require continuous stress management. I would always have to be careful not to overdue it. My life would be limited. In a word: handicapped.

Life slowed to a sloth pace. In the morning, I went to the clinic for various treatments aimed at shutting off my internal 'on' switch. In the afternoon, I looked out over a dreary meadow of leafless trees. This about sums it up, I thought.

The only thing that made life tolerable at the clinic was Christopher. He hailed from the Bahamas, but when he told me he was 'Bahamian' it sounded like 'bohemian,' which left me wondering why someone would state their personal preference for eccentricity and the arts so matter-of-factly. We were nearly the same age and inevitably became institutional allies. During the day, we exchanged therapy notes, and at night, we watched Sex and the City on the guest house television. We talked about the frustration of being young and sick. We joked about making a reality television show called The Real World of Chronic Fatigue, or soap opera titled, As the World Turns, Slowly.

"Don't miss next week's episode of Real World CFS, when the housemates try to walk up stairs for a nap..."

The ratings didn't look good. Who would want to vicariously live what seemed to me no existence at all? But I wasn't alone. Christopher kept my spirits from plummeting; he kept me sane.


One day I met with a therapist at the clinic in a small semi-lit room. “Tell me about you,” he said under knitted black brows, “what do you think is going on here?”

What's going on here is that you are some kind of quack if you think you're going to unearth some hidden childhood trauma that will be the key to all my ailments, I thought.

We talked about my childhood. Immediately, he jumped on the arm. "Did other kids make fun of you?"

“No,” I said, “other kids always respected me. I always had good self esteem.” Ha! I thought, now I have him.

But he asked again about my arm, how did it affect who I was. And that’s when it came out: “Well, I guess I’ve always felt like I had to prove myself.”

He said, “Hmm,” and nodded, and typed something into his computer. “Because of your arm?”

My brain began to open up to the possibilities. Was he right? Was this all about my arm? Could that be possible?

“Yeah,” I said, “I guess I have always felt that I had to prove I was more than someone with a disability. I always just wanted to be normal, so I worked really hard at it.”

He looked pleased with himself. Then he burnt me a CD that sounded like nothing and told me I was supposed to listen to it three times a day after repeating a custom designed mantra to cure myself of negative thought patterns.

That night, laying on the floor alone in my room, I said the mantra and I listened to the CD. I wondered if it was working. Then I started to cry. Then I cried harder. Soon I was sobbing uncontrollably. In a moment, I realized all that my driven self had forced my body through––perfect grades, college, working two jobs without a day off, being there for everyone who needed me and some that probably didn’t—-the scenes pounded in one after the other like Jersey shore waves. I heard my body crying, “Help, please help me, I’m not well, I need rest!” I saw my child self, perfect as she was, and I wanted to take that innocent, helpless girl in my arms and protect her from what was to come.

“I’m sorry, I’m so sorry,” I gulped. Something had shifted.

Email ThisBlogThis!Share to TwitterShare to FacebookShare to Pinterest
Labels: handicap #3

back to the start

Three months after I returned from Athens, I was living back at home with my parents. I was limping along, working half-time, but I'd completely lost interest. I felt like a monkey, set in front of a computer, expected to perform like a cog for the greater good. What was so great about doing good, after all? I had a niggling feeling that it was exactly my passion for good work that had gotten me sick. It was becoming a haunting pattern... 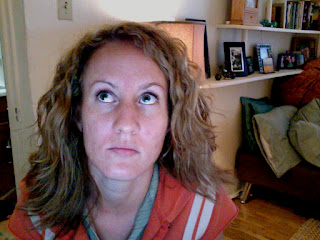 I went to London for a semester in my senior year at college. The university was located in posh Kensington, around the corner from the Royal Albert Hall. The first time I walked down High Street, I was overwhelmed––the people, noise and smells crowded my senses. I lived in a dormitory with an extraordinarily good-looking east Indian RA, and a roommate who didn’t mind being naked. There was a pub at both ends of the street and plenty of partying in between. I relished the diverse student population and made friends quickly. There were endless things to do, day or night. The city grew on me, became routine.

I started an internship with a film company. I was the 'script girl' which meant I had to make copies of all new scripts that came into the office, but I also got to read them. I learned about words like 'acquisitions' and 'distribution,' and how to balance five Starbucks coffees on one hand. But mostly, I tried to lay low because there was more drama in the office than anything they put on the big screen.

Just a couple weeks into my stay, I started feeling sick. I thought I might have the flu, but I couldn't shake a nagging 'fever' even after days of illness. On a weekend trip to the Welsh mountains for pony trekking, I was popping pain killers just to function. A month into my job, I started staying home sick from work. I went to the school nurse, whose Mary Poppins always-look-on-the-bright-side attitude combined with cough drops didn’t do a thing to make me feel better. My school adviser thought I had a cold and said, “You really ought to wear a hat.”

So I bought a hat that looked like a dead black cat wrapped around my head. I figured since I bought it in London, it must be fashionable. I drug myself around the city to see doctors who failed to see the gravity of the situation. They gave me antibiotics and sent me home, but the mysterious fever persisted. One doctor wasn’t sure what was wrong with me, but he was convinced that Americans didn’t know how to speak proper English and felt compelled to lecture me on that point.

I would stay in my dorm room for days reading Mansfield Park, known for being Austen's most complex and possibly worst novel. But it became my best friend as I lay in my twin bed by the radiator, the duvet cover pulled up, listening to carefree college students talking up and down the hall. I can still see all my vitamins sitting next to various antibiotics on my desk. Once in a while I would creep down the hall and a few flights of stairs to call my mom on the pay phone. I was an ocean away from anything familiar, suffering from an unnamed malady, wondering what to do. I should have gone home much sooner, but I waited until December.

Now, three years later, I was there again. I was weak and tired, but the constant burning agitation that hummed through my body made it impossible to rest. And when I didn't feel desperate, I felt nothing at all. I couldn't even cry. I couldn’t laugh either, and that was worse. I watched The Daily Show, a one time favorite, thinking how Jon Stewart's news stories were hardly well-researched, lacking in depth, and never offered enough information to satisfy. The humor became ludicrous. I was alone, without comedy, in a world where everything seemed much much too serious. I sat in front of the television screen, staring blankly ahead at what I imagined to be the rest of my life.

It was nearly Christmas when my mom found a doctor on the east coast who had an answer. On the phone he said, "I have good news and bad. There is no cure for what you have, but you can get much better." 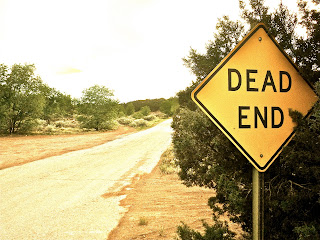 I felt relief because someone believed I was sick. It wasn't 'just in my head'--there was a name for my suffering. Dr. N. specialized in something called Chronic Fatigue Syndrome or more technically, Myalgic Encephalomyelitis, which no one can pronounce. But what little hope I'd kept alive ran out with the words 'no cure' echoing off an impenetrable barricade to the future. I'd been depressed, but now I felt what makes a person get up in the morning literally leave my body. I sat outside on the front door stoop, covered in late afternoon sun, trying to pray. But I had nothing to say. I was physically bereft of joy. At dinner, I looked at my parents and said, "I don't want to live anymore."

But I wasn't dying. I was gagging on licorice powder and coconut milk first thing in the morning, per Dr. N.'s instructions. I watched episodes of Clean Sweep, where professional organizers come in to someone's home and sort through years of piled up possessions, getting rid of the junk, clearing the way for a fresh start. I wanted a fresh start. After a month, I decided to admit myself to Dr. N's clinic.


To be continued in a bonus Friday post...
Posted by OneArmGirl at 7:39 AM 2 comments: