When I tell people that my little arm is the least of my handicaps, I mean it. But I think it's hard for them to believe. That's why, for the most part, I avoid talking about my greatest handicap––It's too complicated for me to grasp, much less ask anyone else to understand.
So, if for the rest of this post, you feel like you've disappeared into an uncomfortable dreamlike vortex of surrealism, I understand. And because this stuff is still uncomfortable for me to relay, and because my head feels like a muggy jungle today, I'll let you have a peek at an essay for the book... 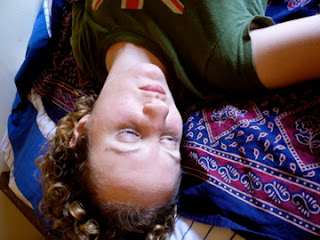 Danielle is tall and thin with thick curly hair. She’s an artist and she paints detailed and colorful oil paintings that she then reprints on greeting cards; and I believe with her that one day she will have her own company. I hope it’s called Greetings From Dani Mae. But right now Dani can barely leave her house. She spends most of her time in bed, trying to muster enough strength to make a decision or call a friend on the phone. And she doesn’t have that many friends anymore. She has spent most of her late twenties struggling with debilitating pain and fatigue and trying to figure out what to do that might start to make her better. Sometimes after I get off the phone with her, I ask God, “Really? How much longer can she suffer like this? God, please.” This is how I pray when I have no idea what else to do. “She’s only in her twenties,” I say, certain that God must understand the entitlement of youth.

I was twenty-five before I fully faced my limitations. I was recently graduated from college and working at a radio station. The very same station where I met Joey. I was copyediting, living with a roommate in the first apartment I paid for myself, making friends, and going out on Friday nights. I was feeling good about life, full of expectation, walking through doors of opportunity as they opened up one after another.

Then I opened a door and walked off the edge of a cliff. I got the completely unexpected opportunity to go to Greece to cover the Paralympics as a broadcast journalist. I spent three weeks in Athens, hitting the streets every day for interviews that would be broadcast on local radio stations around the world.

At first, I was on an adrenaline high, then I started feeling really tired, doping up on caffeine and sugar to keep going. One day out on assignment, I got really dizzy. I thought I might pass out and considered calling a colleague just in case, but I was about to interview a gold-medal winning tandem cycling team, and I was determined not to miss the opportunity. I didn’t pass out, but a day or so later I got stomach cramps so badly, I returned to the base at mid-day and crawled into bed.

Over the next and final week there, I knew something was wrong. I was exhausted as soon as I woke up in the morning. I felt dehydrated. I felt nauseous. I felt sick. Flying back to the States was nothing short of a nightmare. From Athens to London to Baltimore to Albuquerque––it was all an agonizing haze. I could barely carry my worn, torn body through the airports. I curled up on the floor of the plane, only vaguely aware of flight attendants coming and going down the isle.

At home, nothing improved. I went back to my regular job, but something wasn’t working. At first, I thought it was jet lag, then a week became two weeks, then three. It got worse. My whole body felt consumed by a constant feverish haze. My parents took me to urgent care and I came home with antibiotics. My primary physician was kind and open-minded, but she had no idea what was going on. She said, “Hmm,” and wrote things down on her clipboard. Then she suggested we do a pap smear since I was there already and overdue. Well, I figured, it couldn’t get much worse.

I went to see an endocrinologist who said most of her clients were women looking to get rid of facial hair. I wanted to cry. I did cry. I was constantly under a heavy cloud of fatigue, nausea, and worst of all, the unrelenting burning feverish feeling. It became my constant companion as I went to doctor after doctor, each taking my temperature at normal. I was treated for dehydration, then a kidney infection, and finally my primary physician sent me home with a starter pack of anti-depressants after I started crying in her office. 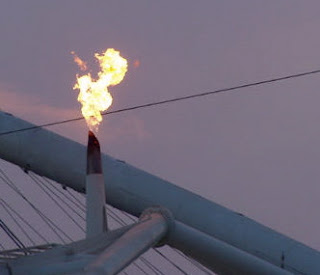 The constant burning felt like an internal furnace that wouldn’t turn off. It was intolerable. It was life-sucking. I could see the real world--my living room, smiles on faces, grassy yards--but I felt very far from feeling it. Yet, sudden sounds, like a car door closing, made me jump, my heart pounding. Sometimes I saw things right in front of me, but still wondered if they were real or if I was hallucinating. I was terrified all the time, unable to relax. I was exhausted, but I couldn't sleep.

Every weekend, I went home to my parents’ house and lay on the couch in a swoon. Every Sunday evening I picked myself up and drove back to my apartment, heavy with despair. I felt trapped and alone. My head was constantly in an inexplicable fog. I didn’t understand what was wrong with me or how to get better, and I was angry. Going to Greece was one of the most amazing things I had ever done...and now this. Something I did brought me to where I was now, I felt sure. What had I done to deserve this?

Posted by OneArmGirl at 6:00 AM No comments: