Every kid has a superhero phase. Well, not every kid. I didn't.

My sisters and I were too busy playing Holocaust concentration camp survivors. There were no spandex, cutout felt letters, or capes involved. When we played, we meant business. And may I remind you, abnormality does not a superhero make.

And so, though I was planning to write a very thought-provoking analysis of the laws of attraction to physical difference and their moral implications....yawn...(but really, I was), I've actually spent the better part of today turning myself into a superhero. And it was a lot more fun.

I proudly introduce to you... 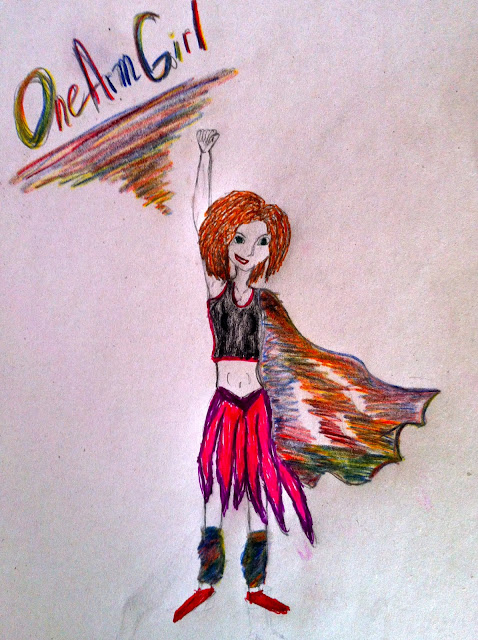 Faster than a speeding bullet (until she needs a nap), more powerful than a locomotive (in her own mind), able to leap tall buildings with a single bound (occasionally in her sleeping dreams)...OneArmGirl to the rescue! Ahem, with her trusty sidekick Finneas by her side of course...literally, never leaves her side...and he was most incensed that he was censored by a cape in the above depiction.

Super OneArmGirl came into existence this week because of OneArmBoy who suggested we join forces to combat evil. At least, that's what I assume he was implying. We are currently recruiting other handicapped superheroes, but they tend to stay well under the radar, as you might imagine. They can be very difficult to detect because most are expert at anonymity. It's one of our greatest powers.


In the mean time, I will just continue to play dress up in my living room and get carried away on my imagination, the most important superhero power. 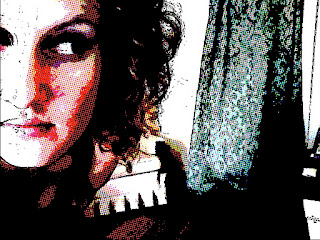 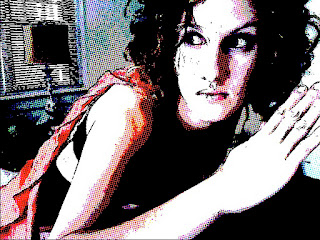 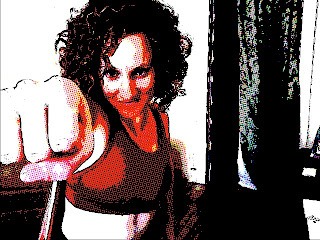