Little Gen asked five-year-old Eli what kind of tree his Christmas tree was, to which, after some pause, he replied, “A pathetic one.”

Before you jump to the conclusion that Eli is a prematurely disillusioned, overly melancholic, Charlie Brownish type, you should know that he was merely expressing an aforementioned adult pronouncement on a tree that was not holding its ornaments in proper perkiness.

But that’s kind of how I feel about Christmas since becoming an adult. In comparison to waking up Christmas morn in anticipation only a child’s imagination can create, the practicality of adult celebration lacks the magic I used to enjoy. It's kind of pathetic. Once my very favorite holiday merely for the feel, hard as I try to muster genuine appreciation, Christmas seems lacking in its former luster.

And then this happened. 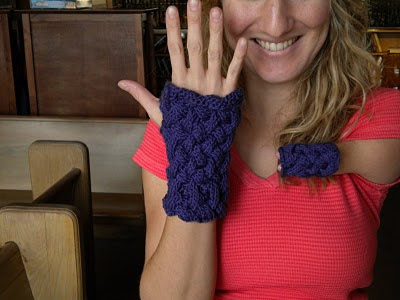 I came home to find this little knitted number along with two other sets hanging on the door nob. At first confusion ensued as we tried to identify our secret santa. Mom was confused that one set only had one mitt until she remembered that one of her daughters only has one hand. But unbound excitement followed with the discovery of a matching miniature, custom designed for a tiny hand. Tucked inside was a post-it note designating it to Finneas. I was so delighted, I almost forgot I was a grownup.
So, kudos to my cousin Danielle, who knitted my first ever custom fit mittens, without even taking measurements. Thanks to her consideration, Finneas is much warmer, and I am filled with genuine glee. 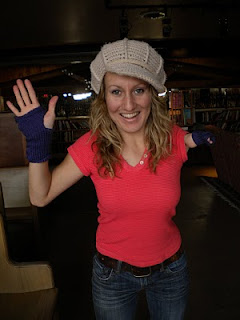