The world was not made for one-handed girls. Or boys, for that matter. Case in point: mittens are not sold by singles. As you may be aware, most mittens, gloves, or other hand fashions are sold by the pair.

Thus, as a one-armed girl, I have a constant collection of unused lefties that live in a box or a basket somewhere in the house, while their counterparts get regular use. I am reminded of this now that it's starting to get cold again, and I decided to bring out the never-used lefties for some fresh air. I think they appreciated it. 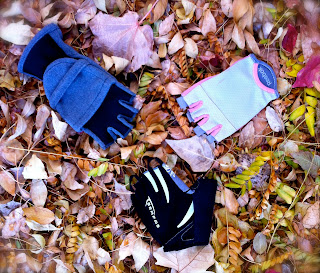 You may notice that all of the pictured gloves are fingerless. There is no deeper meaning for this, I just find them utilitarian; I like to have my fingers handy.

I don't mind paying for a pair of gloves, only to use one; it just doesn't seem right that one of the pair should get no use at all, packed away with no purpose. But what's a one-handed gal to do?

And what becomes of the left out mitts? I honestly couldn't say; out of sight, out of mind, I suppose. Eventually the right mitt is worn out or lost, and one day digging through boxes, I may come across the other, brand new and clean as the day it was bought. But most likely, it is just forgotten forever, never given a use, never needed.

Like my right mittens, I've been living life singly for some time. I am without pair, you might say. I've been single for so long, actually most all my life, that it seems very normal to be just one. There was a time when I imagined I'd pair up in college as my parents had. Then I planned to marry at twenty-eight because I would be old enough to be situated in a career, but still young. Now in my thirty-second year, I'm telling myself that people who marry in their forties are certainly more self-actualized; it keeps me from developing a nervous twitch.


In fact, I've never much thought of myself in the context of a pair. And when I find myself in a paired situation, though excited by the prospect, I always feel a bit uncomfortable because it doesn't seem to quite fit. I often feel like a character in a book or movie: "the girlfriend." I'm taken home and introduced to friends, but I can never shake the sense that it's all make believe, that we'll soon be taking our bows and the curtain will drop.

A couple years ago, I bought a pair of leopard print fingerless gloves at Target. This was because they were the only pair of fingerless gloves they had, and not because I am particularly fond of animal prints. But I've been persistently complemented ever since because of it. One day, a middle aged clerk at Staples remarked how much she liked my glove. Suddenly inspired, I ran out to my car, fetched the left leopard glove, ran back inside, and gave it to her.

"Here you go," I said, much to the woman's surprise, and I'm sure amusement of the other patrons. I wonder where that glove is today. I hope it had a better life than it would have in my glove box. 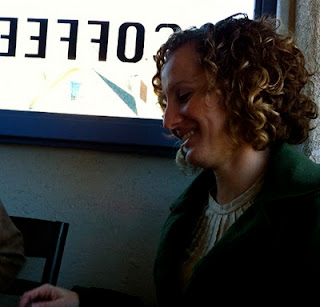 Several years ago, I felt, for the first time in my life, a lack of partner. I'd reached, by complete accident, a contented state which can usually only be attained when some dreams die and you find in yourself what can never be lost; and the only thing left to do is share it.

It occurs to me that we are made for pairing. Maybe not because we need to have a mate. Not because we cannot be alone, but because, in coming together, we allow each other to be of use. In allowing yourself to be loved, you allow another to love. To me, this makes beautiful sense.

So where's my other single? I suppose I'm waiting for the right fit. I'm sure my scene is coming up, even if it is in the second or third act. In the mean time, if you know someone with one left hand, have I got a box full of gloves and a proposal for him...