I'm home for another 'last' Christmas with my immediate family. In fact, we've had so many 'last' Christmases without anyone joining or leaving the family, I don't think anyone is even calling it that this year. It would be more accurately called Mom-and-Dad-are-paying-for-us-to-fly-home Christmas, so here we are. And truthfully, I'm enjoying feeling like a kid again. 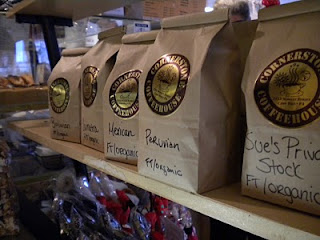 I expected it to be cold, and I've not been disappointed, but low 30s for a high is pushing it. I don’t understand how people live in a place where it gets so cold it becomes physically painful to go outside. I’m convinced going from the house to the car, ice begins to form on my femurs. If I had to be here year-round, I’d seriously look into hibernation or migration. For the time being, I go to the mall for pink moccasins; and I won’t leave my bedroom without them. I am currently calculating how I might avoid leaving the house for the remainder of my stay.

I’m looking forward to the arrival of my sisters just for the extra body heat. I am curious, though, to see how all five of us will fit into the living Christmas museum that is my mom’s house. It is beautiful, really; wood floors and glowing lights, old ticking clocks through the night, antique furniture, all spotless and dreamy…aside from the periodic smokeout in the kitchen from my various attempts to make bacon, unsuccessfully. I was hoping to prove to my parents that I'm truly an adult now and I've set off the fire alarm at least three times.

And that’s only the pinnacle of a tower of grievances including my unruly bedroom piling of clothes and notebooks, wrongful use of kitchen implements, forgetting to turn the heat off, on, or some in-between setting which I am clearly unqualified to operate. I feel like the bull just entered the china closet, wreaking havoc everywhere I go, with my mother following close behind suggesting and directing the cleanup detail.

I understand why this is happening. My mom wants the house lovely and welcoming for each girl that arrives, but our staggered appearing is creating somewhat of a logistical dilemma. On the phone last night, I’d ignorantly sat down on the couch facing away from the small self-lit plastic Christmas tree, when Mom approached, signing urgently in what I can only assume is not an ASL-approved dialect. I finally ascertained that she wanted me to move to the other couch so that I would have a better view of the tree. 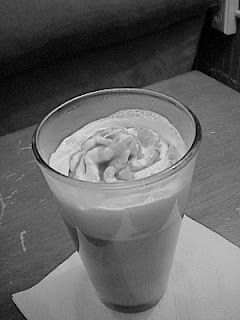 I have a feeling this is the dress rehearsal, and I still don’t know my blocking.

But primary on my list of logistical dilemmas is locating and acquiring good coffee. On the phone with my mom a few days before leaving, I ask, “Do you have coffee at the house?”

“Yeah, I think there's some left from the last time you were here," she says from the supermarket aisle.

I feel a little panicky. "No, that's too old. Can you get something else?"

"What kind of coffee do you want?”

“Anything is fine, just nothing cheap…and preferably a medium roast.”

“This one says ‘Classic Roast’…is that what you want?”

Turns out the ‘Classic Roast’ tastes something like a fair trade organic Folgers and I’ve been begging stops at various coffee establishments since I arrived. At Borders the other night, I choose a gingerbread latte.

“We’re out of whipped cream, but I’ll put extra foam and a gingerbread man on top,” the barista says.

“Sweet,” I agree, not having expected whipped cream in the first place and impressed with her seasonal artistic ability. But when I get my coffee, there’s more of a chalk drawing the shape of a gingerbread man around a darkish spot on top of the foam. Apparently, this is where an actual gingerbread cookie had been, before he dove suicidally down into the cup. He was now residing somewhere in the murky darkness of my latte.

“Yeah, you’re gonna want to get that out of there or you’ll just be drinking out pieces," warns a guy sitting next to us. 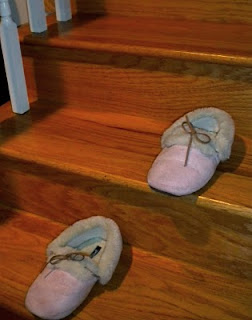 Aided by stirring sticks, Mom fishes the cookie’s disintegrating corpse up from the deep. Unfortunately, we are too late, and upon reaching the surface, his appendages loosen, and we lose an arm.

But I’ve put that traumatic episode behind me, and I woke up today with new resolve to venture out once more for coffee. This time, I took no chances, and had Mom drop me off directly at the local coffee joint for Starbucks boycotters down the road. And here I am. I’ve just finished the most amazing whole milk pumpkin latte and I plan to get a good breakfast blend to go for the morning.

During my layover in the Denver airport, I spotted something interesting. It was a very small long-haired white dog with a service vest on. I can’t let this opportunity pass, and I make friends. ‘Fluffy’ is as friendly as he is cute, putting his miniature paws up to my palm.

“He’s an alert dog,” his equally friendly wheelchair-sitting owner tells me. I assume this means the little dog can smell a heart attack or seizure coming on, but later she explains how alert she is to intruders or strange noises in the house. I refrain from saying I think that's called a guard dog; and I might add, most people choose guard dogs that don't tempt an intruder to punt kick them into the next yard. I don't want to hurt Fluffy's feelings.

Fluffy and owner are on their way to Detroit from Los Angeles. Considering the wheelchair, I hope Fluffy is also a sled dog.

I think I’ll get a service dog; his service will be locating the closest Starbucks.

May all your gingerbread men remain intact.