I think I have the blues.

I have all the classic symptoms: roving apathy, sudden spurts of teariness, a certain craving for music born of the south, the grandfather of rock n' roll. You know, the Blues.

I took the old turntable out of our stereo set, hoping someone could revive it to working order. Next stop: the vinyl store.

This morning, after tossing the Starbucks cup from yesterday in the trash ventricle outside of Starbucks, I purchased a collection of female vocalists called Songs of the Siren. Laying back on my couch, listening to Brandi Carlisle croon I'll Still Be There only feeds my blues, but I like it. I did not know that Carlisle moved to Tennessee to make a career in music and worked as a barista, until she moved back home to Brooklyn and actually got her break.

Maybe following our dreams looks a lot like sitting and waiting, or walking down a lot of dead ends. I've been asked about my book a lot recently, which gets me asking myself about it––why I'm not working on revision, not querying more agents, not pounding the pavement for a publisher.

But it's hard to motivate the blues. They cannot be hurried. Instead, they slow you, inviting the weary to pick up their feet and take a ride on the music.

Little Gen and I recently went to the movie theater (mostly to get out of the heat) to see a film called Frances Ha. Frances is a starving modern dance artist, trying to live her dreams in a city kind to artists, but not the poor kind. If you are an artist, your soul will feed on this film. Shot in black and white, it emotes the stark realities of following your heart. But in the end, due mostly to her determined optimism, Frances figures it out. 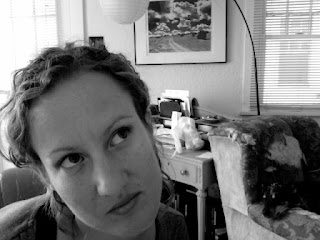 Taking to my morning writing pages, I find myself wishing I were a singer instead of a writer. It seems like a much more healing profession. Or, maybe, I muse, my writing just needs to be more like singing, abiding by certain rules, but free to go where it will, riding the momentum of emotion.

So, I guess I'm just gonna ride these blues out. Who knows where they might take me.