jambalaya and other hot topics

Driving in my car yesterday, I was struck by the irony that I was on my way to help serve lunch to the homeless with some priests, while at that moment, across town my nude portrait was hanging in a gallery.

You just never know where life is going to take you.

Now, just in case the priests are reading this, when I say "nude" I mean you can see my bare shoulder, little three-fingered arm, and the silhouette outline of my other hand covering...well, what needed to be covered. Not that said priests would care because they seem like a pretty hip, down-to-earth bunch of dudes. And I have to say, if Mother Theresa had done some nude modeling, I would only respect her more. 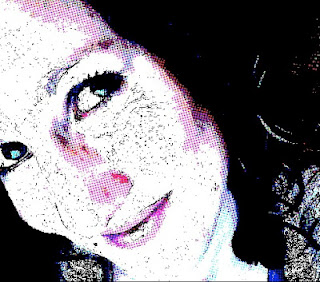 But my scandalous gallery debut was far from my mind while serving up Father Daniel's tasty jambalaya. Things were well under way in the kitchen when I arrived, so I washed up while reading the kitchen code of cleanliness. Ok, so if I'm not supposed to touch my hair, face, or clothing while serving, than I probably shouldn't use my armpit, knee or boob like I regularly do in my kitchen at home, I thought. This was going to be a challenge. Thankfully, I only had to prepare the salad, because I had to assume topless apple pie was out.

Despite my cleanliness code transgressions, I was well received. Many of the diners struck up conversations. I was even taken aside by one woman who'd lost her hand from a stroke, to ask how I cut chicken and tie my shoes. As per usual, on the spot, I couldn't remember how I do a single thing. So I ended up doing a lot of daily-task-pantomiming which, from a distance, probably looked like some kind of cajun voodoo dance. But she seemed grateful.

"It was good to meet you, sister!" one diner called back to me as I was sweeping up the floor. A fellow volunteer turned to me: "Are you a sister?"

"Uh, I have sisters, but no, I'm not a nun." But if I were, given the right circumstances, you know I wouldn't let it get in the way of my modeling career.