Sometimes I wonder about things. Like how I come to be reading a book called The Amputee's Guide to Sex and a book called Real Sex: The Naked Truth About Chastity, simultaneously. Due to recent events on this blog, I would like to clarify that the former is not actually a guidebook. 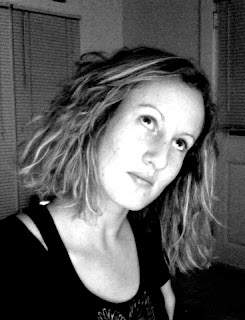 I've also been pondering how often I frequent Starbucks. And now they've gone and made all their frappaccinos half price between 3pm and 5pm for the next two weeks. Bastards. This is the closest I've come to a temptation I cannot overcome. I actually drove twice around the block and parallel parked downtown so that I could get my Grande Coffee Frappaccino, Easy Ice, before going to work.

I stood in line for about ten minutes with a bunch of suits and ties, filled with disappointment in myself for being so pathetic. Looking around, I remembered what it was like to dress up for work. Looking down, I saw stains on my jeans and dust on my boots. Then I remembered that I'd forgotten to pay for parking, and panicked. But I didn't leave. I decided to chance paying a $20 parking ticket so that I could get a $2.27 cup of coffee. Yes, I did.

On the way out, I offered up a prayer..."I certainly know I don't deserve this, but please don't let me have a parking ticket, please...you know how much I needed this coffee, and isn't grace all about getting what you don't deserve?"

There was no ticket on my car.


-------------------
Standing in line behind me were a man and a woman, discussing the effect of one's will in the determination of life. She seemed to think you have some wiggle room, but expressed that she's the kind of person who thinks "everything happens for a reason."

"I think you will whatever happens in your life," her colleague countered. I really wanted to turn around and say, "Really, so I decided to have only one arm and a crooked back?" But, apparently, I also decided not to have that kind of nerve.

She admitted there was something to The Secret, a book of Oprah fame, about how you can change your life by just deciding to do so (well, that's my summary anyway). She illustrated this with a story, almost too appropriately, about wanting to read The Secret, then finding herself on the plane next to a woman who finished it and offered it to her.

I considered if I had willed Starbucks to lower their prices.


-------------------
Is that The Secret? Is life really about the power of your own will? And what happens when things go badly, and you have only yourself to blame? I'm not sure I want that kind of power.
I once heard a preacher say "Everything is God's fault." It sounded sacrilegious and true. It's funny how often the truth turns out to be sacrilegious.
The Secret smacks of the "Just think positively" adage, which always gives me the urge to go tramping through the daffodil beds of the people who say it. I wonder if they would mind explaining how so many Africans are dying of Aids and hunger, and still happier than a lot of physically healthy and materially inundated Americans.
I recently watched The Human Experience, a wonderful documentary by two brothers who travel around the world visiting with some of the most (assumed) underprivileged. In an isolated leper colony, where people were ostracized because their fingers and noses were rotting away, the filmmakers noted smiles and excitement when they arrived. When they asked one man who no longer had feet, he said he was happy because they had come.
I am no denier of the power of thought, but I tend to think life is more about what you do with what you got. I was born with one arm. Sometimes I get parking tickets.
If I could have willed my life's path, I would now be an internationally renowned broadcast journalist with a chateau in southern France. I would be wearing dress suits and heels and working in a cubicle. I would not be caring for two aging horses with goals like convincing a mentally handicapped woman to get on top of one of them. I would not be talking about disability.
But thank God, I am. Who needs panty hose, anyway?
OneArmGirl
Posted by OneArmGirl at 10:21 AM 4 comments:

In what can only be called a colossally horrific earth-shaking incident, my Thursday post was eaten by Blogger. What's that? You hadn't noticed?
Well, I guess I'd have to explain to you how much I detest re-doing lost work, for you to understand the current environmentally devastated condition...of my brain. Still in shock, I'm clinging to the thread of a promise from the Blogger higher-ups that they are working feverishly, day and night, into the wee morning hours, to find and restore my lost content, which I imagine to be in the stomach of the Internet, which is slowly digesting it. Oh, my poor little post! It hardly had a chance.
In the mean time, I did my laundry. I was actually very excited to wake up this morning, knowing that I was on my way to the laundromat, a place of never-ending curiosity to me. How could a place where perfect strangers willingly throw their underwear around in front of each other not be of interest to someone?

A woman and a man walked in with several big bags of clothes. My attention was drawn from my library book when she suddenly said commandingly, "Sit down! Sit!" I know people can be particular about how they wash their clothes, but what could the guy have done to warrant that? Then I saw the long-haired chihuahua sitting in her basket. Can't argue with the efficiency of getting all your washing done at once. (Don't worry, no animals had their spots removed–they were actually very nice, non-animal-abuser, types).

I don't want to brag, but I was faster folding my clothes than the two guys folding next to me. But to be fair, they were probably folding six months worth of clothing. And one of them was folding each pair of underwear with careful precision. I still feel liberated by the realization that I don't have to fold my clothes just like my mother does. Also, I can have sweets after 8pm. Actually, I wouldn't put that past my mother, either.
I'm not sure if it's a testament to my sadly lacking social life or my notably domestic leanings, but I really look forward to cleaning day. I love organizing, setting straight, and dusting off around the apartment–makes me feel like I'm doing something important and real. I only wish I knew how to keep water from leaking out of my tub, through the wall, and underneath my kitchen sink.

I did make a Honey Do list and posted it on my refrigerator to make myself feel better. I figure, I can just pretend I have a husband who never gets around to it. If I get bored, we can have imaginary arguments about it. Did I mention I spend a lot of time alone?

I was sprucing up in the tack room at the farm yesterday. Missy came out to help me bring Sam in from the pasture. Rounding the corner into the barn, she looked at Finneas and said, "That's a nice arm, Tash."


*Speaking of clothes-folding skill, I think it's high time for another installment of "How Does She Do That," since we're currently averaging, uh, one installment...ever. So send your niggling questions to OneArmGirl@gmail.com, and I will do my best to answer one of them.
Posted by OneArmGirl at 12:29 PM 2 comments: