The OneArmGirl Facebook page got a facelift this week which, I think, added some panache. What's that? You didn't know we had a Facebook page? Check it out here.

In other news, the wind has arrived. If you are not from the southwest region just above Mexico, in a state with so little imagination as to be named after that country, you may not know to what I am referring. But to anyone from around these parts, the wind signals the arrival of spring.

And it has been much warmer, but I don't pretend to enjoy the gusts that signal the turning of the season, sending dirt swirling into the air and one hapless plastic bag into the tree outside my window. The bag has been in the tree for at least three days now. 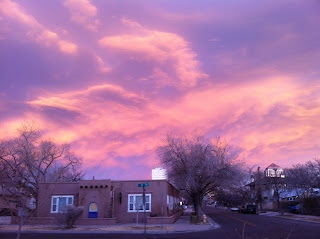 It wouldn't be so bad if I were bald, but I happen to have a full head of already prone to be unruly hair. There's just something unnerving and generally unprofessional about the way wind picks it up, swirling it one direction and then the other, in a seemingly intentional anarchic revolution against any attempt at style. It flusters my brain.

This reminds me of my currently dire need for a ponytail. My contact at the Ponytail Project headquarters emailed this week to inform me that though progress has been slow, research and engineering go forth...the one-handed ponytail cannot be stopped. Apparently, none too soon if I'm supposed to make it through Spring.

But that is my goal, to make it through Spring. The year certainly did not start off as I'd expected. I never expected to spend New Year's Eve in a snowcat with a Mountain Guy. I certainly never expected to find myself dating him, doing laundry at his house, picking up his daughter at the bus stop, and staying up until 4am in his arms. Coming from such different backgrounds, we wanted so much in common. He played baseball and I like baseball guys. I loved his strong tattooed forearms. He loved my butt.

But seriously, we both valued sincerity and simplicity and service...and apparently the letter 'S'. My hand fit into his, fingers laced, almost like they'd been made to do so. I imagined drinking coffee with him in our country house before heading out to work, each using our respective skills to serve the community.

Then, last Sunday, we broke it off.


And why am I announcing this in the middle of a post, after such superfluities as Facebook and ponytails? I suppose because I couldn't think of a good way to announce it, and when I don't know what to say, I generally say something silly. Breakups can be a number of things, but they are rarely silly.

Silliness aside, I've spent the last few days cleaning and crying, in no particular order. It's not a bad break, but I would argue sometimes it's the nicest splits that hurt the worst; kinda leaves you wondering how things could have been different. But there isn't really an answer. There was conflict, sure. His Italian passion ruffled my German stoicism, the sociologist could argue. But history tells us that didn't keep them from getting into bed together. 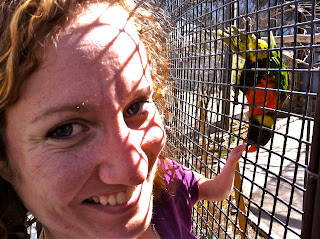 Perhaps a recent trip to the zoo should have tipped me off. After befriending a particularly sociable bird named Velcro (for obvious reasons), we thought it would be fun to get a picture of him nibbling on Finneas. So, while one girl frantically tried to get the shot, and I hoped Velcro didn't get too hungry, another bird somehow managed to poop on MG's T-shirt.

Me: "Hurry, just take the picture!"

When we first met, MG said he "knew we'd be doing time together." I laughed when he told me this, asking if he meant "like Bonnie and Clyde?"

He was right, I reflected this week. But it's almost like we wanted it too much. Perhaps we just missed the mark on the sort of time we'd be doing. I think we'd make solid friends, and as allies, I doubt anyone could stand against us. I can't help but muse that if we'd stayed together, we may have ended up criminals on the lamb. Then again, this is post breakup by three days, so it could be the beer talking.

It's rough. What can I tell you that you don't already know. We love, we laugh, we cry...and then we do the dishes, because unlike love, washing is fairly straightforward.

And washing the dishes actually feels really good just now. And cleaning the toilet. And making my bed. These are the things of life that go on. I feel at peace––maybe because I know the dishes have to be clean before they can serve another meal. How nice and secure in purpose to be a dish.

So, check out the Facebook page and like it. Put your hair in a ponytail if you feel so inclined. Try to love the people in your life the best you can, and I'll see you here next week...