love is in the air

Kristy is dating Jose´. Rico is Kristy's friend from childhood. Rico is dating Diane. But last week at Merrymakers, Diane got a little jealous, and has since threatened to jump Kristy. So far, nothing's happened. And then there's Brian. Brian likes Kristy and takes her to the mall and buys things for her, but apparently Kristy is more into the bad boys. At least this is the story circulating around the farm. 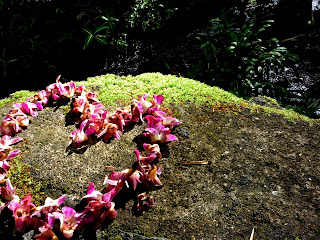 Kristy is on her cell phone sorting this out while I'm saddling a horse for her to ride. This is not the first time I've noted this autistic woman has a more interesting love life than I've ever had. Every Friday night, they go dancing at Merrymakers, the social event of the week for mentally challenged adults. I'm usually just waking up from a Friday afternoon exhaustion induced coma in time to go to bed around this time. Now, apparently, Jose´is trying to take Kristy to the movies. I wonder if they would let me attend Merrymakers...

I'm certainly feeling mentally challenged today. I've already tried to focus on four different things this morning and lost interest in them all within five seconds of commencing with the best of intentions. I'm surprised I managed to finish my coffee.

All signs would suggest now is not the time to be pondering my love life. But I'm falling in love, as I do every year, with the coming Autumn: cooler nights and roasted green chile. I know Fall is coming because my kitchen cupboards have been closing and staying shut. It's been four or five months of pleading and pushing to get the 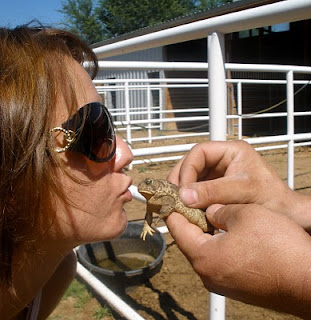 heat-swollen doors to fit back into place, and now suddenly, they click nicely shut as if to say, "What, we were made to do this."

Pete, a.k.a. maintenance guru, tells me his horoscope predicted he would run into an old flame, and sure enough, he did, in the Target parking lot. I'm basically in love with Pete. At least, I'm in love with the idea of him. He drives a white Chevy Silverado lifted on tough tires, wears his long black hair tied back in a series of rubber bands, and has a collection of reptiles at his house requiring a special license. From everything I've heard, he's the bad boy defined. But Kristy calls him Uncle Pete.

I've not heard of something at the farm Pete couldn't fix and anything I need, he can and will build. He recently mentioned he used to work in custom auto modifications for people with handicaps. But he's not very good with emotions, he admits, then tells me about his daughter's recent heartbreak over a boyfriend who's moved away. "I was out in the garage building a 'gater pen...I recently got a 'gater...and she was crying and came out and I knew she needed to talk about it, so I stopped and hugged her. Then she cried harder and I tried to tell her long distance relationships are hard for adults and she's only sixteen..."

Very unexpectedly, I ended up on a date Monday night. At least I think that's what it was. Jake is a PhD student in mathematics at Colorado State who loves fishing and country music in the summertime. Turns out, we both share a passion for washing dishes, and after four hours of conversation, h 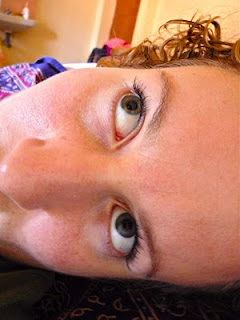 e asks for my number. Unfortunately, he'll be leaving to go back to Colorado in a week. This has become a pattern in my life...a connection is made just before one of us is pulled away by geographic force. I'm beginning to wonder if it's divinely intentional.

Last night, Pete tells me he's started school to become a motorcycle mechanic. I shake my head wondering if there's anything else he could do to fit my bad ass fantasy. But he's haunted by the past and the low expectations people have of him. What I want is to ride off on a motorcycle with him, but instead I tell him what I know he needs to hear. "The thing is," I stammer, "God loves you...not like God loves everyone...but, God loves you, Pete, especially. It doesn't matter what other people think."

It's been a good week, but driving away from the farm, in the dark, I feel lonely. Love continues to evade me. Jake hasn't called. I feel convicted by my admonition to Pete, but the temptation to pout is stronger.

A little spitefully, I turn to God: "What? We were made to do this."


*middle pic is Pete holding a toad for 'Lil Sis
Posted by OneArmGirl at 10:31 AM 7 comments: