I have done something I try to avoid at all costs: come to Pennsylvania in February.

Last month my sister got married in Mexico. Little Gen and I boarded a plane to the pacific coast, joining my parents to witness the union. At the ripe old age of thirty-three, I can say I've seen my share of weddings and finding an invitation in the mail is not the excitement it once was; but the beach ceremony of the very first sister to take the leap really was beautiful. The waves crashed against the sand behind the linen arbor where they promised to be faithful forever. 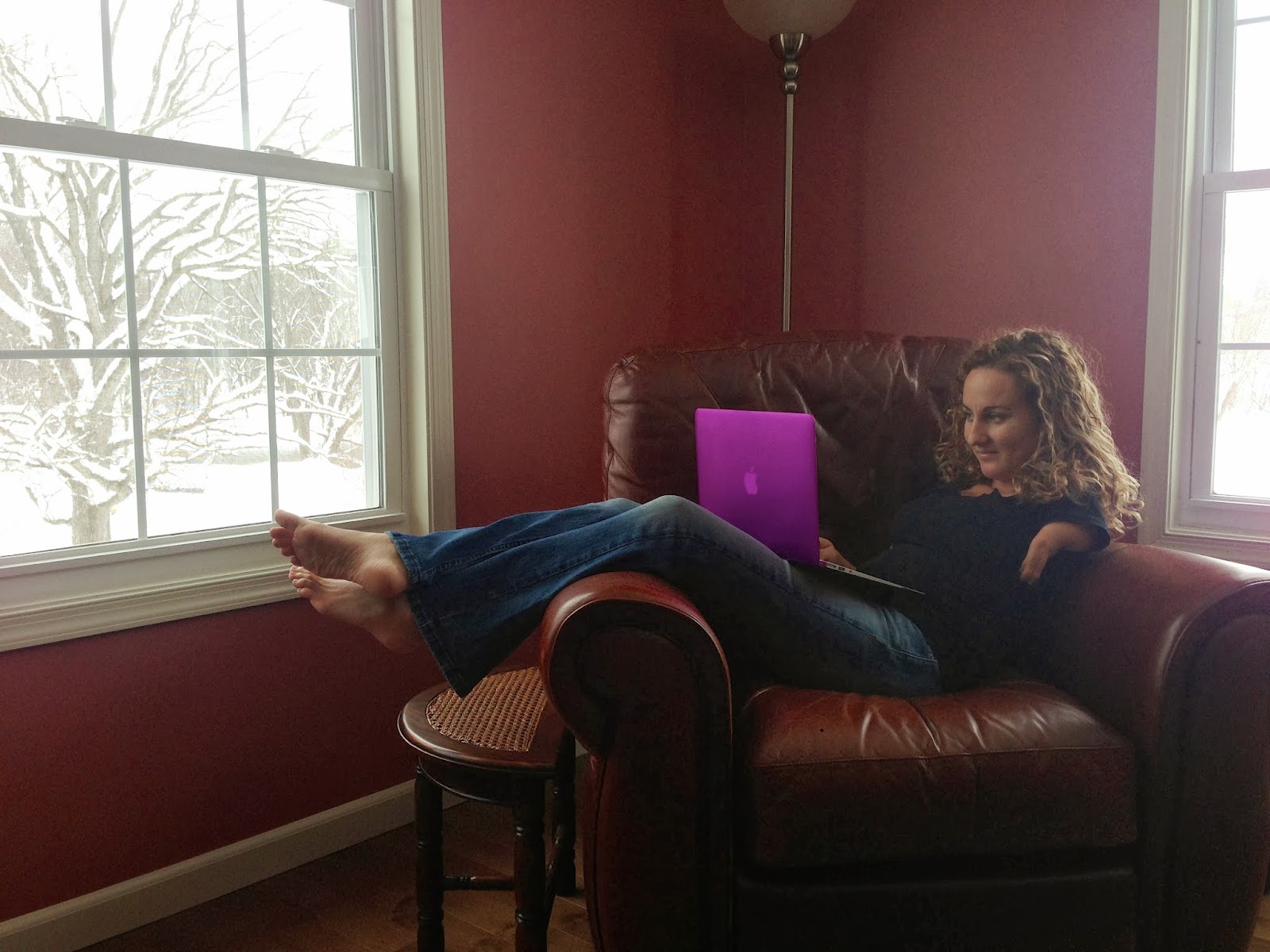 And now, here on the east coast for a family reception, I'm finding the snow storm outside the window a rival beauty, though in a much different category.

Home-bound at my parents' townhouse, I'm wishing for Keeper the dog who would love to go bounding through the drifts, the snow putting an extra spring in her step. I'll have to settle for watching neighbors with pooches and sleds making tracks down the hill.

I also wish the migraine that settled in last night would move out of the right side of my skull where it's taken up residence. And while we're at it, I wish for a warm fire, a down blanket, and someone to share a glass of wine. But I'll have to settle for a gas stove and a couple honeymooners currently sleeping on an air mattress in the basement.

Tomorrow is the day of St. Valentine, a martyr and patron saint of happy marriages. Coincidence?

My little middle sister is married. How is it she's managed to cross over into a dimension that remains a mystery to me? But in a way it seems very ordinary, like having babies and dying. And our new brother fits into the family like a perfect gentleman. He's already assisted my parents in removing all of their furniture from the house to make room for the reception, and then back into the house again after it was over. The fact that's he's Mexican and doing all the heavy lifting has not failed to strike us as politically incorrect and hilarious. As I type, he is shoveling snow off the driveway.

I guess sometimes romance is a snowflake falling onto your eyelash, and sometimes it's throwing your back out with a shovel. It's all part of the same storm.

My Mexican brother just came up from the basement to give me a square of dark chocolate before settling in for an afternoon of writing thank yous.

"Yes, I'll be your valentine!"